Last week we had a live painting session at Bill Whitaker’s studio. Leslie, an awesome artist who also apprentices under Bill, asked her lovely sister Camille if she would be willing to model for us, to which Camille kindly agreed (which was super cool of her considering it was during her spring break!).

In about forty minutes I had my portrait blocked in. I oiled my surface using Rublev’s Oleogel medium and used a large bristle filbert and the color Terra Rosa for the initial painting. Later on I added Lead White and a touch of Ivory Black. 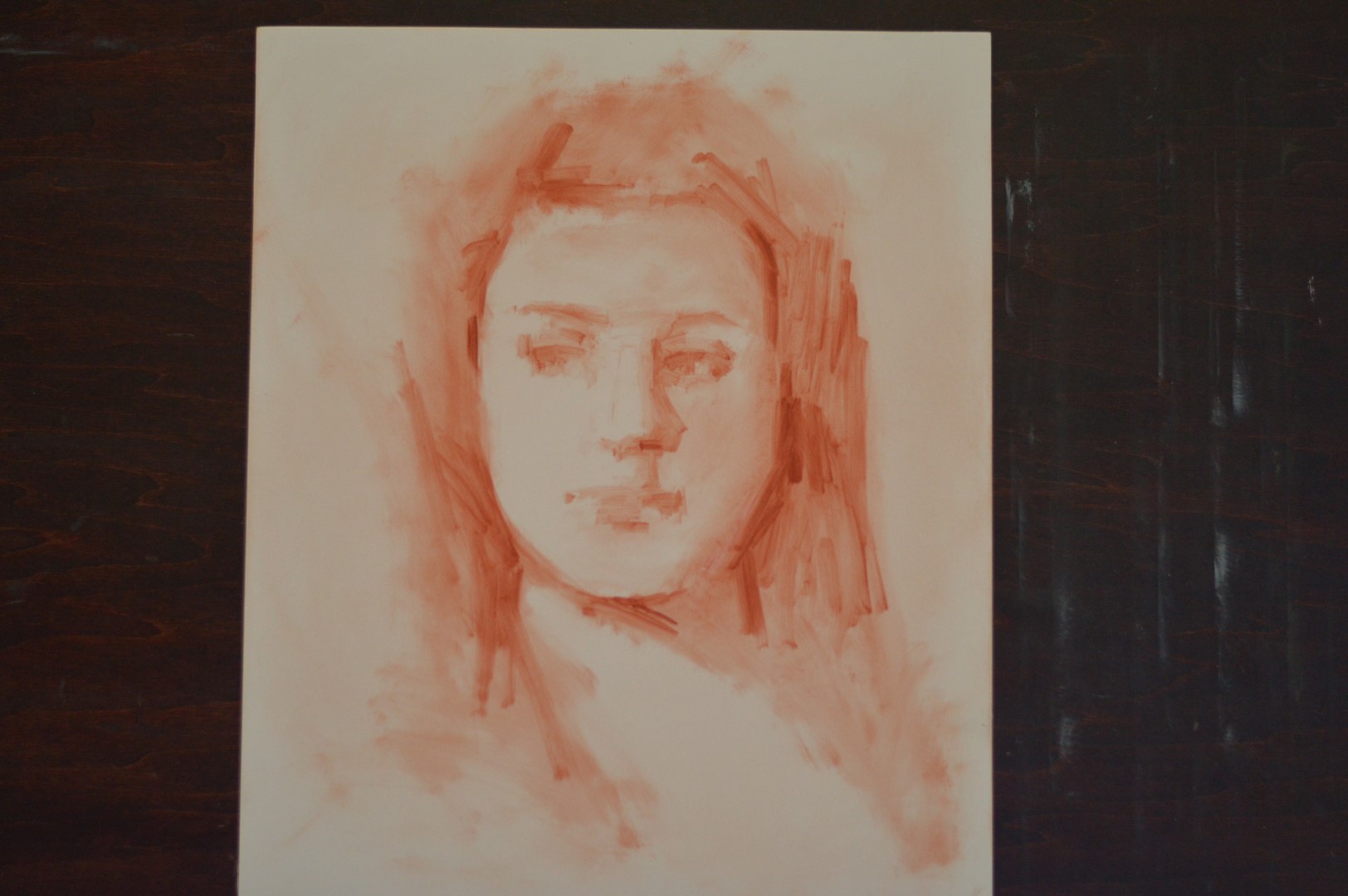 I’m painting on an odd, but beautiful surface called ABS. This is one of the primary surfaces Bill uses which was recommended to him years ago by a chemist. ABS has multiple purposes and is most commonly used as light switch and outlet covers. It is both durable and archival, and once it’s cleaned with a mild detergent and sanded down, viola! A gloriously smooth painting surface.

Who would have thought?

Bill remarked that artists tend to be too tentative (guilty), especially when trying new things. Masonite, for example, was invented in the 1920s and ever since has been a primary painting surface for artists, albeit not a very good one. It deteriorates rapidly and swells when exposed to the elements (lesson learned!).

Here is Bill doing a drawing demo for Leslie. Our beautiful Bouguereau model, Camille, is posing on the sofa. 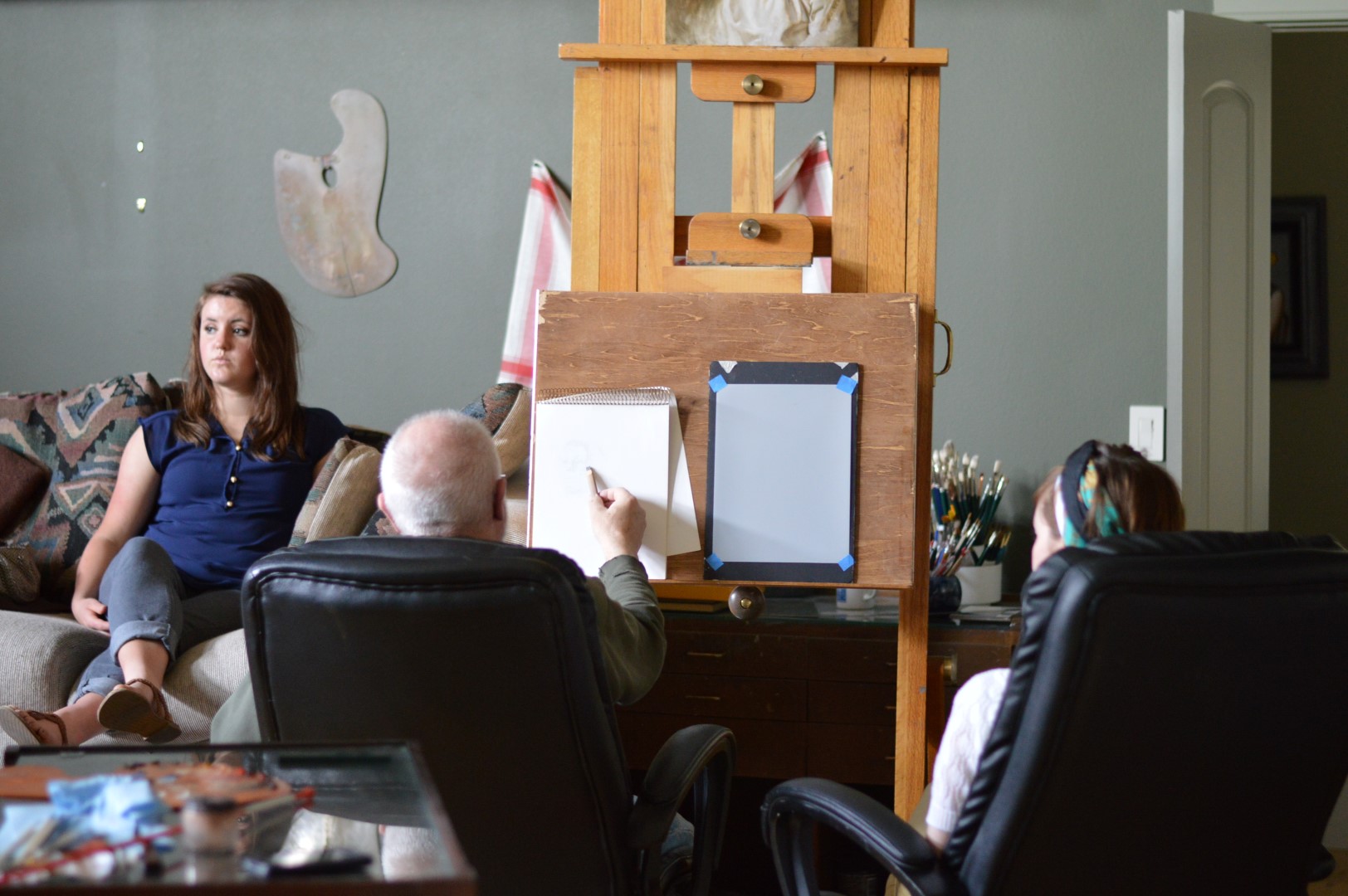 Rather than focus on a linear drawing, I am blocking in shapes of color focusing on accurate value and placement. In this photo I am placing thick daubs of pure Lead White to model the face and give it dimension. I then took a soft dry brush and dabbed at the thick paint to soften the edges. When I paint this is a continuous layering process. Daub. Soften. Repeat. 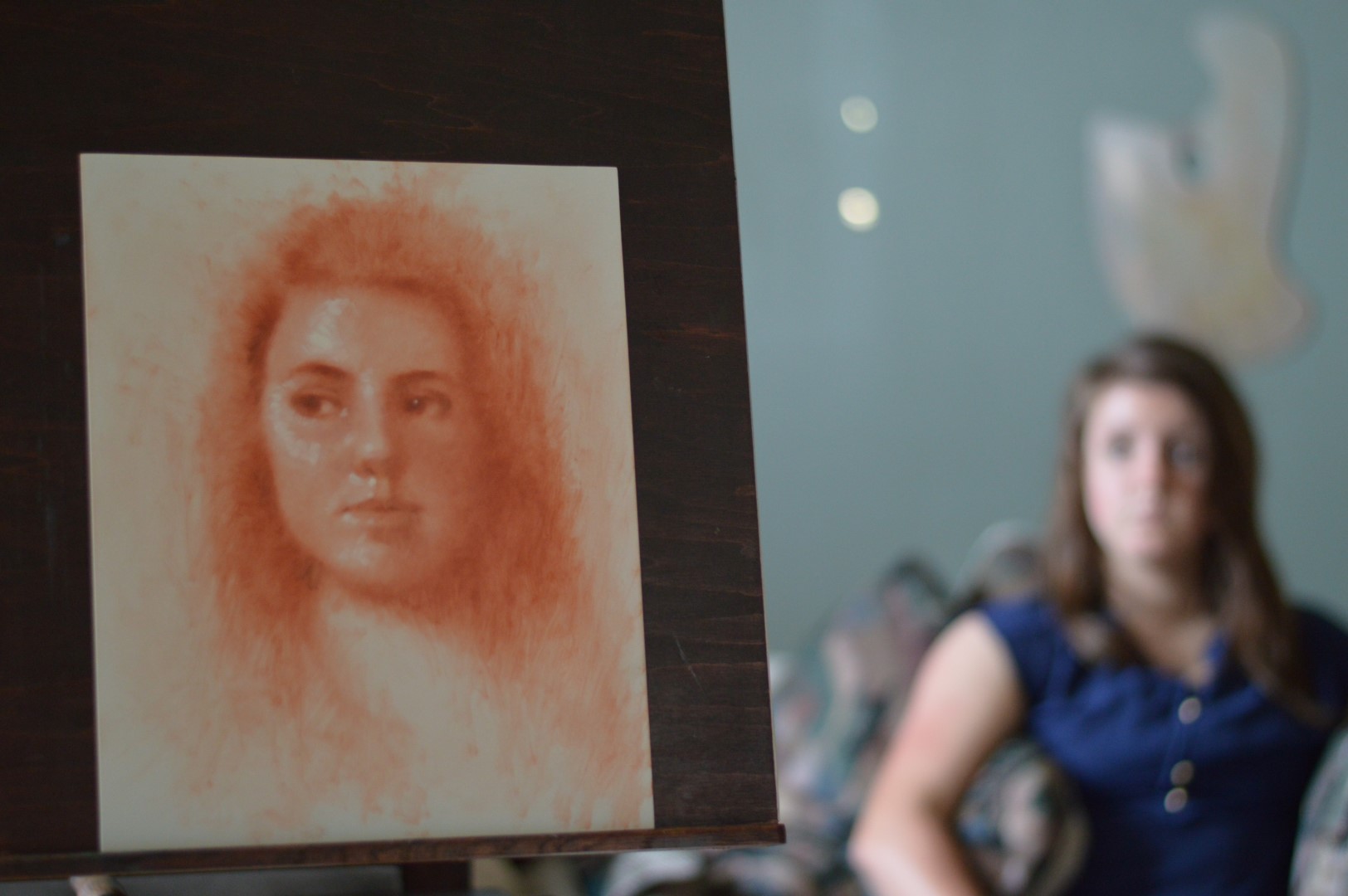 This is where I ended on the last session Friday. We could have painted longer, but it was Camille’s nap time. Which is a much better way to spend one’s spring break. 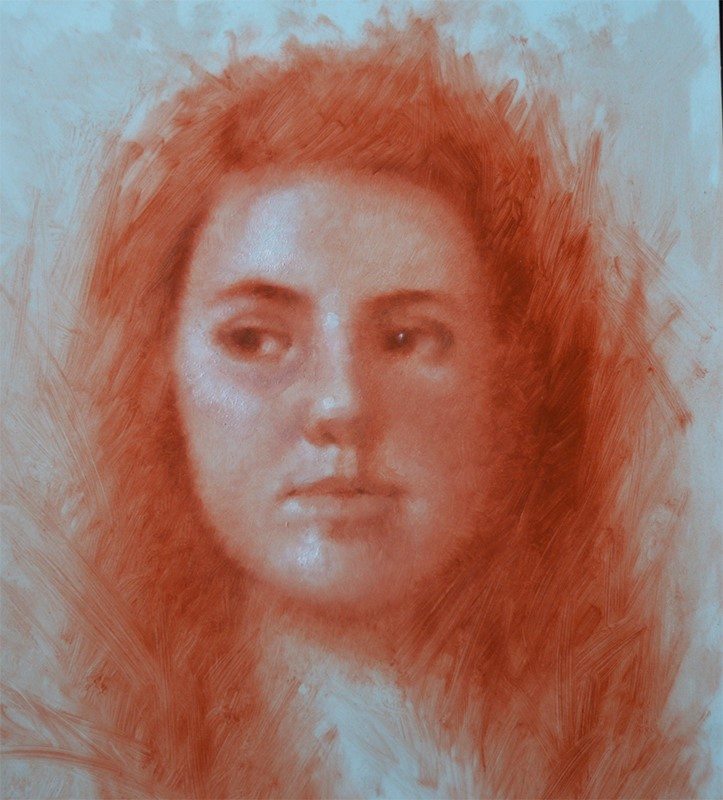